Fashion Week. The words bring images of models, haute couture, shoes, bags, and catwalks to mind. Fashion week in Toronto is an industry event, lasting approximately one week, where fashion houses, or brands, display their latest collections in runway fashion shows to buyers and the media. These events are often big influences for trends for the current and upcoming seasons. Fashion Week events happen in many different cities all over the world, but the main ones are in New York, London, Milan, and Paris, who are the “big four” of fashion cities. These four events get the majority of the international press coverage, but Fashion Weeks all around the world are a celebrated event. Trendsetters and fashionistas flock to all the events to see the big designers of the season’s best designs. Toronto is no exception to this. 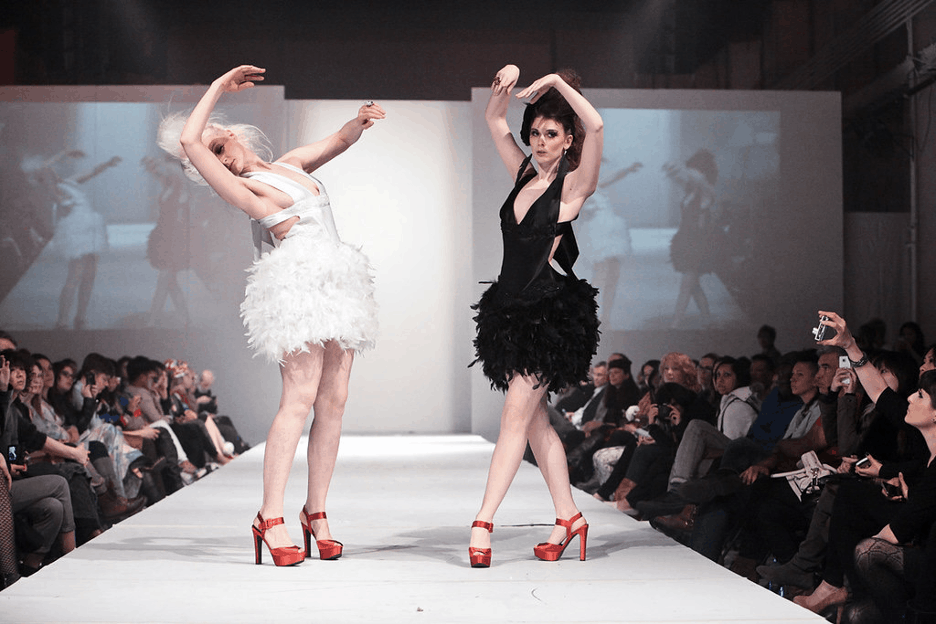 The History of Fashion Week

The concept of Fashion Week began in Paris, when marketers used to hire women to wear couture items in public places, from racetracks to salons. In 1903, a New York City shop called Ehrich Brothers put on what is thought to be the country’s first fashion show to lure middle class women into the store, and by 1910, many big department stores were holding shows of their own. It is likely that American retailers saw the “fashion parades” in couture salons, and decided to use the idea. The fashion shows in America in this period were staged, and often held in the shop’s restaurant during lunch or teatime. These shows were usually more theatrical than those of today, heavily based upon a single theme, and accompanied by narrative commentary. These shows were highly popular, enticing crowds in the thousands. The first ever Fashion Week was held in New York in 1943, and had one main purpose, to give fashion buyers alternatives to French fashion during World War II, when workers in the fashion industry were unable to travel to Paris. The first Paris Fashion Week began in 1973. 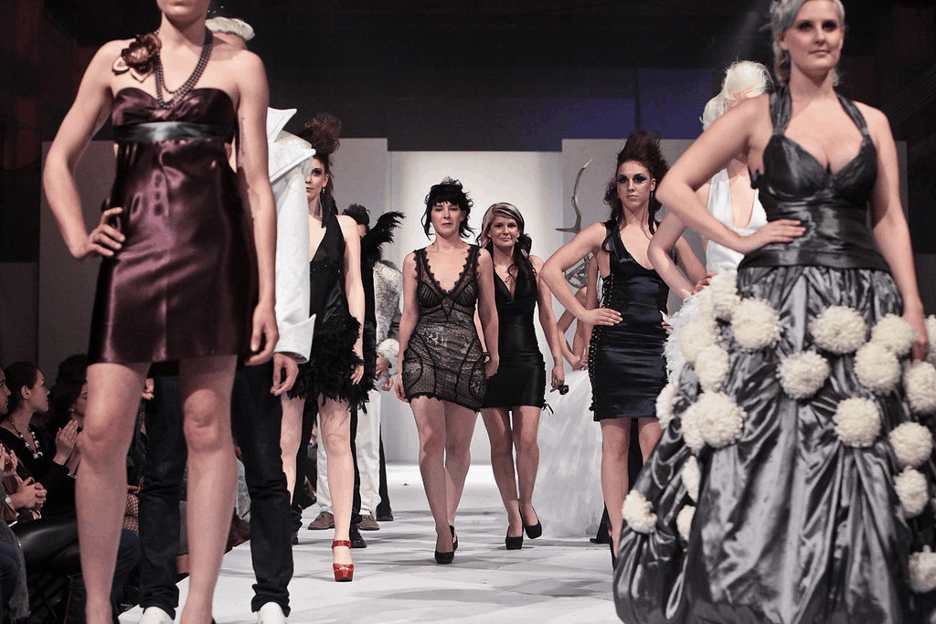 Style of the Shows

There are primarily two kinds of shows, womenswear and menswear. There are also shows that are particular to each location, most haute couture shows are held in Paris, while most bridal shows are held in New York. Paris’ haute couture shows take place in Paris in January and July, and due to the rules set in place by the Chambre Syndicale de la Haute Couture, haute couture shows can only be shown in Paris. Recently, designers have increasingly shown inter-seasonal collections between the traditional Autumn/Winter and Spring/Summer seasons. These collections are usually more commercial than the main season collections and help shorten the customers’ wait between new seasons clothes. Traditionally, fashion weeks were held several months in advance of the season to allow the press and buyers a chance to preview fashion designs for the following season. In February and March, designers showcased their autumn and winter clothes, and in September and October, designers showcased their spring and summer collections. 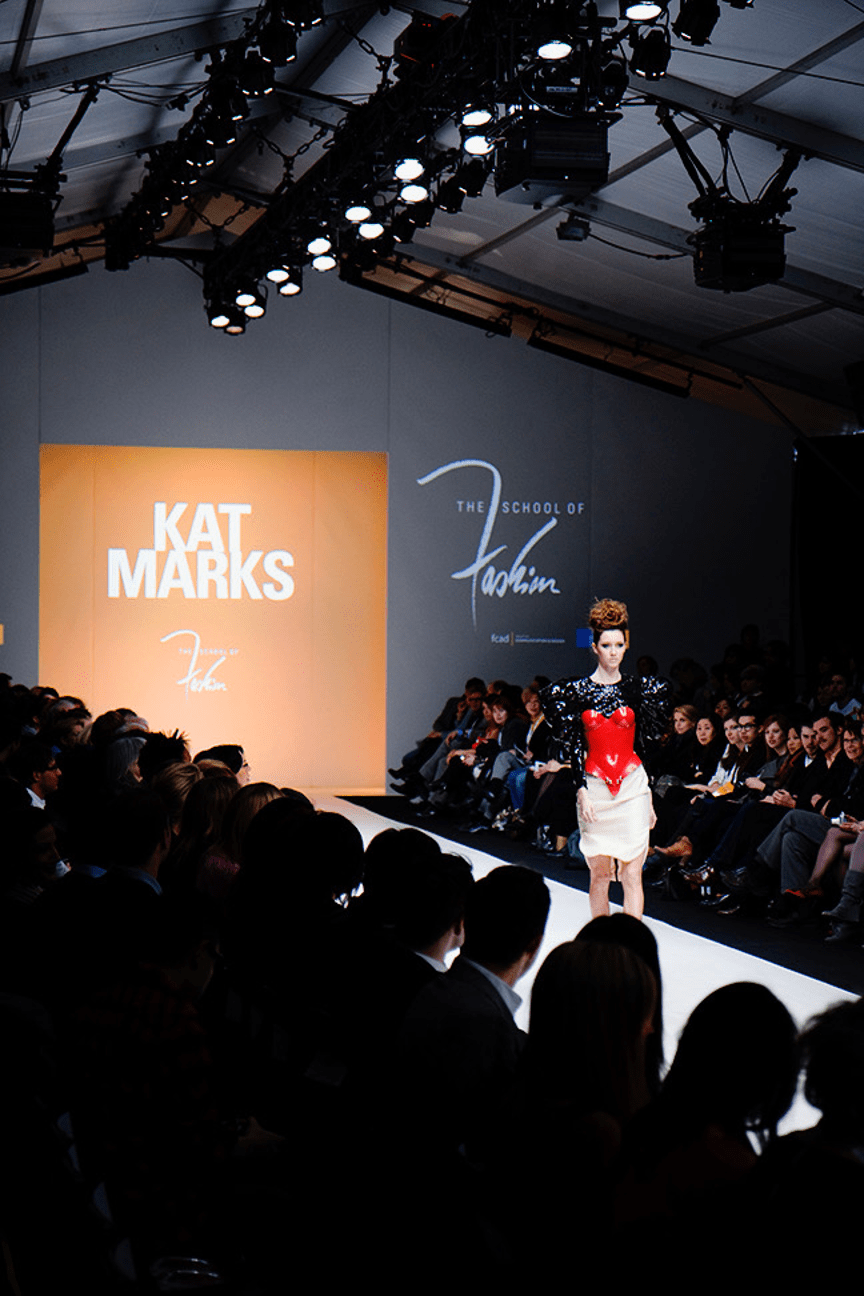 Toronto Fashion Week is held in February for fall and winter collections, and September for spring and summer collections, and is a semi-annual event celebrating fashion, arts, and culture where Canadian and international fashion collections are shown to buyers, the press, and the general public. It is the largest fashion week in Canada, and the second largest in North America, after New York Fashion Week. Toronto Fashion Week was founded in 1999 by the Fashion Design Council of Canada under designers Robin Kay and Pat McDonagh. The goal for the event was to prepare Canadian designers for the international stage, bringing together media, industry, buyers, and consumers to give Toronto international recognition. While the event has been cancelled for the 2020 season due to COVID-19, the shows are set to resume in 2021. In recent years, Toronto Fashion Week has strived to incorporate more than just fashion shows. Panels in the 2019 shows included topics such as, “Responsible Fashion- an Oxymoron? A discussion about the fashion industry’s shift towards a responsible, sustainable, and more creative approach”, and “Talk the Walk- Building Your Fashion Brand with Impact.” In 2017, Toronto Fashion Week had their first model to walk with a mobility aid; model Rachel Romu walked for Hayley Elsaesser while using a cane. Toronto Fashion Week has been a staple of the Canadian fashion industry for years, and with these new changes, we can expect to see it stomping the runways for many more years to come.