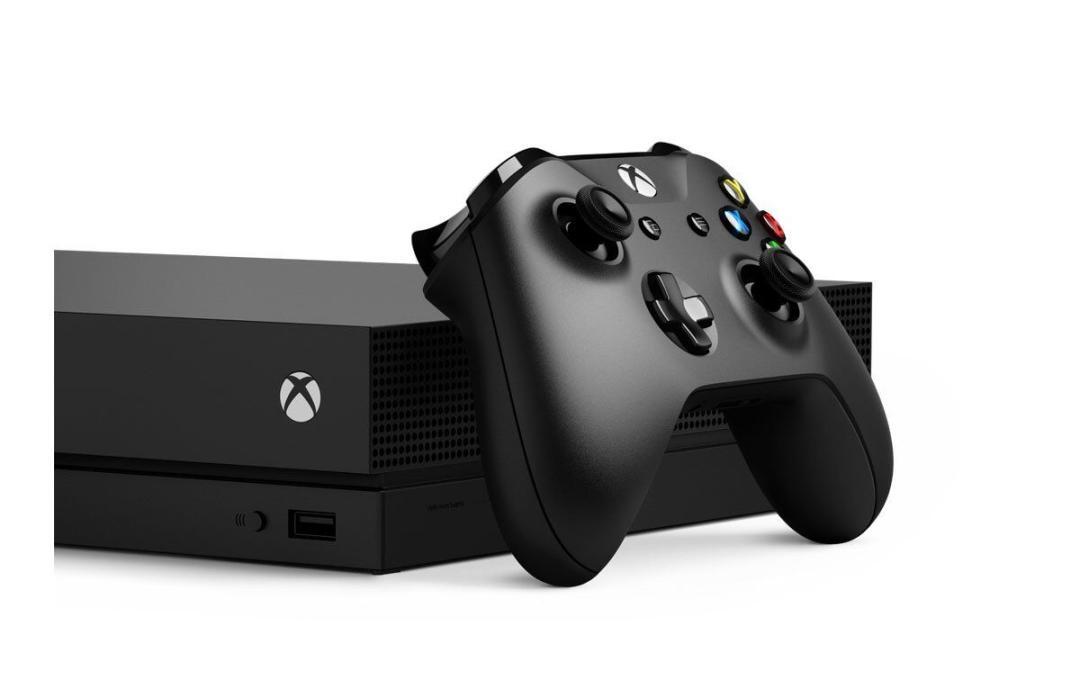 Refurbishment is the distribution of products (generally electronics) that have been previously returned to a manufacturer or vendor for various reasons, not sold in the market or new launch of a product. Refurbished XBOX products are normally tested for functionality and defects before they are sold to the public. They are repaired by the original manufacturer and resold.

“Refurbished” isn’t just another word for “used,” but the two terms are related. Used goods, also known as secondhand or pre-owned goods, are products that another person has bought, used, and sold. Refurbished goods, also known as reconditioned or remanufactured goods, are products that another person has bought and then, for some reason, decided to return. Generally, prior to resale, an item is checked by the retailer or manufacturer for functionality, and minor adjustments or fixes may be made – perhaps it is given fresh packaging, or a new battery is placed in the product.

The main difference between “refurbished” and “used” products is that refurbished products have been tested and verified to function properly, and are thus free of defects, while “used” products may or may not be defective. Refurbished products may be unused customer returns that are essentially “new” items, or they may be defective products that were returned under warranty, and resold by the manufacturer after repairing the defects and ensuring proper function.

Basically, all refurbished electronics are used – but not all used electronics are refurbished. Just because an item was returned doesn’t necessarily mean it was damaged. Sometimes people return products because the packaging is damaged, or because of minor blemishes that only affect the product’s looks. In other cases, they simply have “buyer’s remorse,” meaning they change their minds about a product after buying it. In cases like these, buying refurbished can get you a product that hasn’t been used at all for a bargain price.

In other cases, refurbished products have been returned because of malfunctions – some minor, some major. When you buy a refurbished item, there’s no way to tell what was wrong with it before it was returned. It shouldn’t matter, though, since all problems with a returned item are supposed to be fixed before resale.

Consoles are supposed to be fun, but spending several hundred pounds of your hard-earned cash on a gaming system can be a bit guilt-inducing. Buying refurbished hardware is an excellent way to keep the expense to a minimum.

The first step is to decide which version of the Xbox One you’re going for – the standard Xbox One, the smaller and cheaper Xbox One S, or the more powerful Xbox One X, designed for 4K and HDR gaming. Listed below are some really good refurbished Xbox gaming consoles that are presently available on Amazon.

Refurbished Xbox One, One s and One X you can buy form Amazon: 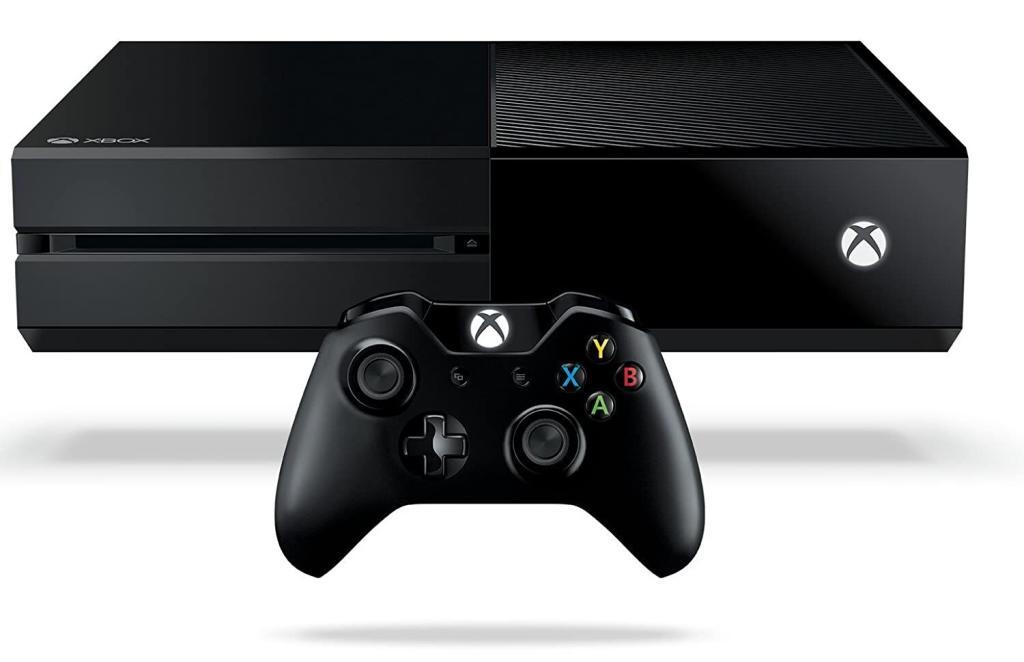 For this refurbished item, you get to choose one of four blockbuster titles with the Xbox One 500GB Name Your Game Bundle, featuring a full game download of either Forza Motorsport 6, Rise of the Tomb Raider, Gears of War: Ultimate Edition, or Rare Replay – the choice is yours.

Join friends on Xbox Live, the world’s premiere gaming community across Xbox One and Windows 10, play your digital and disc-based Xbox 360 games with advanced features like Game DVR and stream your Xbox One games to any Windows 10 PC in your home.  With the greatest games lineup in Xbox history, there’s never been a better time to jump ahead with Xbox One.

This item includes the Xbox One console, 1 wireless controller, HDMI cable, and a power supply cable.  Xbox One brings together the best exclusive games, the most advanced multiplayer, and entertainment experiences you won’t find anywhere else. Play games like Titanfall™ and Halo together with your friends on a network powered by over 300,000 servers for maximum performance.

Find new challengers who fit your skill and style with Smart Match, which uses intelligent algorithms to bring the right players together and turn your best game moments into personalized movies that you can share with friends, or broadcast your game play live. Then switch quickly between apps like Netflix, Hulu, and Internet Explorer. Or do two things at once by snapping a game, live TV, a movie or apps side-by-side.

Xbox One delivers an all-new gaming and entertainment experience that will transform how you play. Xbox One brings together the best games, the most reliable service and rich entertainment all-in-one system that is built for today and tomorrow. 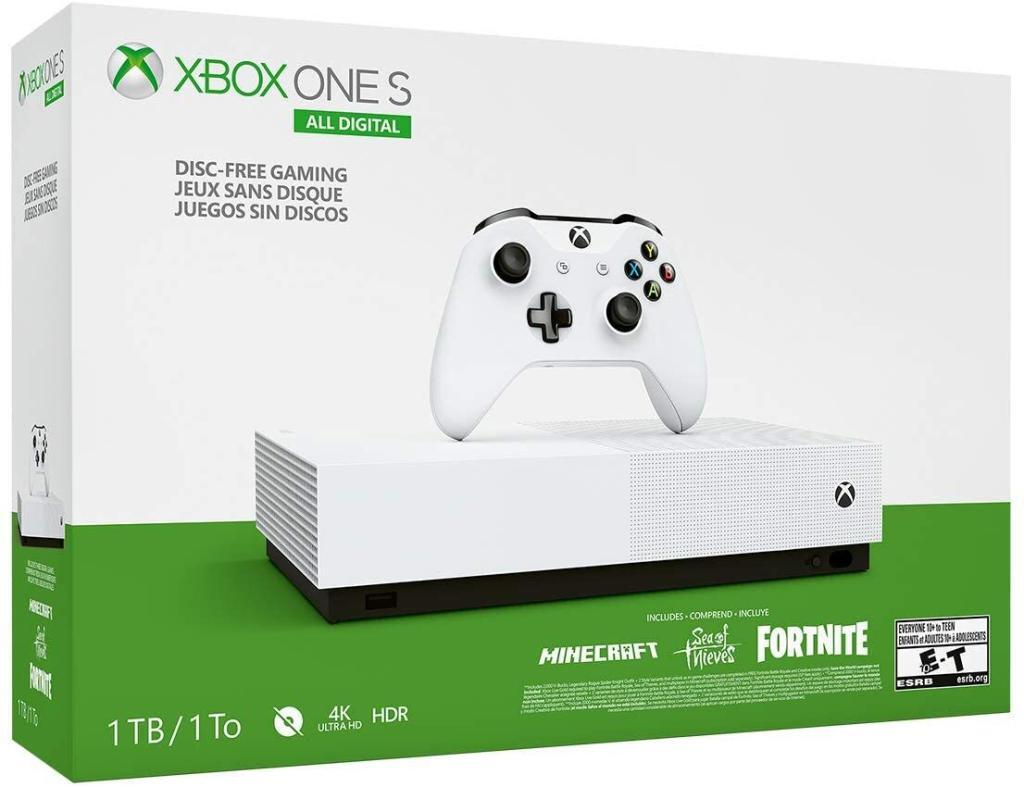 Build a library of digital games in the cloud that travels with you; never lose, scratch, or struggle to find a new game to play. Expand your options with Xbox Game Pass (subscription sold separately): get unlimited access to over 100 high-quality games. There’s never been a better way to game with Xbox One. 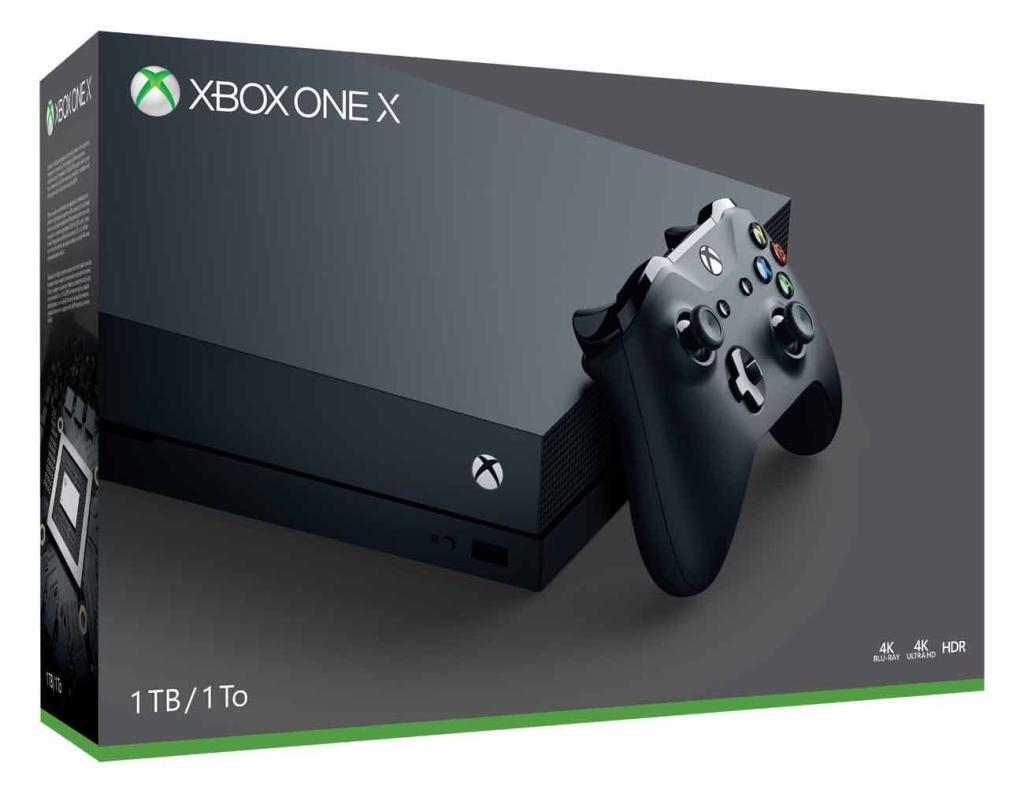 Games play better on Xbox One X as you get to experience 40 percent more power than any other consoles and the 6 teraflops of graphical processing power and a 4K Blu ray player provides more immersive gaming and entertainment. 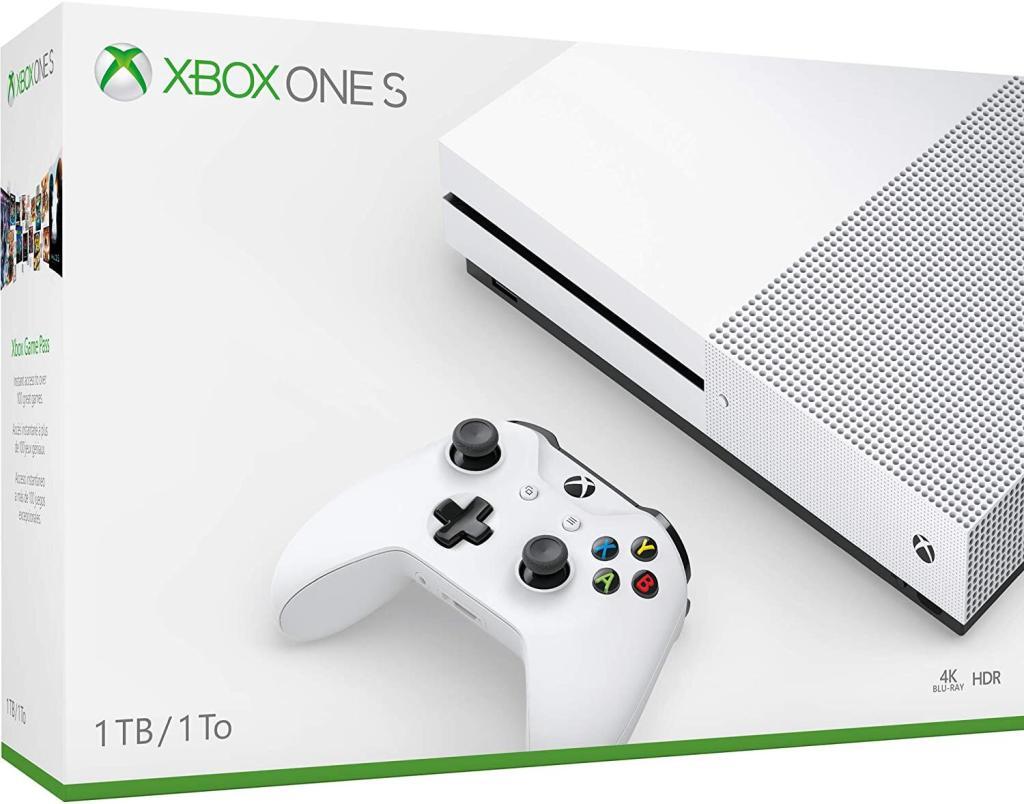 Watch 4K Blu ray movies; stream 4K video on Netflix, Amazon, and YouTube, among others; and listen to music with Spotify.

Own the Xbox One S 1TB Console and get access to over 2,200 games that you can only play on Xbox One. This bundle includes a 1-Month Xbox Game Pass Ultimate trial. Play with friends near and far and enjoy the highest quality 4K including built-in 4K Ultra HD Blu-ray and 4K video streaming.

Xbox Play Anywhere games let you play at a friend’s house and then pick up where you left off on any Xbox One or Windows 10 PC. Plus, enjoy 100 additional games right out of the box with a 1-Month Xbox Game Pass Ultimate trial. Xbox One S delivers brilliant graphics with HDR technology, premium audio, and fast, reliable online gaming with friends. Access all your favorite entertainment through apps like YouTube, Netflix, and more. Whether you’re playing with instant access to over 100 games on Xbox Game Pass, watching 4K movies, or streaming live gameplay, there’s never been a better time to game with Xbox One.

Items listed as “refurbished” have several advantages over those sold as “used” or “secondhand” as sellers of refurbished items repair everything that’s damaged, then test the item to make sure it’s working properly. They also clean it and, in many cases, replace worn exterior parts, such as the faceplate or buttons. This means that when you buy a refurbished product, it should both look and run like new.