Dr. Ali Cadili, his research and work in Canada

For Dr. Ali Cadili, medicine is a part of his family. As a young kid, his father Dr. Mujib Cadili was always there to inspire him to help others. Ali Cadili realised the positive impact he could have on people by becoming a doctor and it became his life goal. He knew this journey was not going to be easy, but he was determined to succeed. 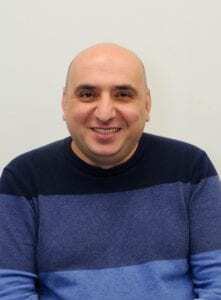 Dr Cadili first started by completing his medical school education degree at the University of Saskatchewan in Saskatoon.

He then moved to Alberta to finish his General Surgery residency training. While he was studying at the University of Alberta, he also obtained his Master of Science in Experimental Surgery. He was already on a very good path to become a great doctor, but it wasn’t enough for him, he wanted to be one of the best.

He then decided to go abroad to the University of Connecticut to complete a fellowship in Surgical Critical Care.

Even with his training completed, Dr Ali Cadili is still involved in clinical research on a regular basis and he his the author of multiple publications about the medical field.

He keeps training with other doctors and he keeps optimising his surgeon skills through his research.

He began his career as a general specialist and he didn’t feel the urge to specialize at that time. He kept postponing his choice of speciality for a couple of years to be sure to choose the right one for him, he also took the time to seek counsel of others. After a long deliberation, Dr Cadili chose to specialize in Surgical Critical Care/Acute Care Surgery. It wasn’t an easy decision for him since he loved General Surgery so much, but he felt that he was needed there and that he could make a difference. It is with his specialty finally chosen that he started doing his work and researches that would change the medical industry. 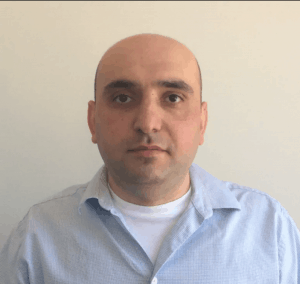 Ali Cadili his not only a great doctor, but he is also a dedicated researcher in his field. Just to name a few of his research that are well known in his field :

With this research, Dr Ali Cadili was able to push medical science to new horizons and to pave the way for new cutting edge surgery.

Over the course of is practise, Dr Ali Cadili has received many praises and awards for his exceptional and groundbreaking work. For example:

His work and research have influenced the medical industry in a great way. Dr Cadili have spent thousands of hours of research trying to change this industry, as well as learn and become a better practitioner himself. 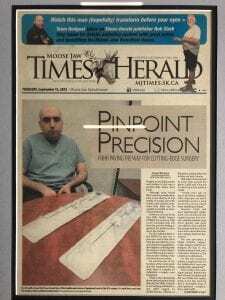 Dr Cadili had one goal when he started on the path to become a doctor and it was to help people. Over the years, he has helped and changed the lives of so many people. Ali Cadili is the kind of doctor that will devote time and energy on every single one of his patients. For him, you are not a number, you are a person that needs his help.

“From a surgeon I expect great skills and knowledge. Dr. Ali Cadili proved to me that he has all of that. From chatting & having conversations about my life, he treated me with the utmost respect and kindness. I had colon cancer at the time and Dr. Cadili’s plan was to first save my life and then make sure that my quality of life was taken care of. He achieved every goal he set for me. Thank you again.” -W.A.

Dr Ali Cadili is still an important actor in the medical field and keeps researching for a better tomorrow for all. His urge to help people is what leads him to keep pushing medical science to become better. To him, surgery is more of an art than it is science and maybe that’s what explains why he’s so passionate about it.